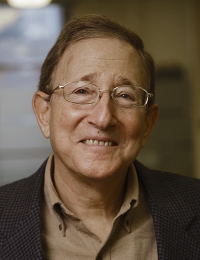 Bloom, MDRC’s Chief Social Scientist from 1999 to 2017, led the development of experimental and quasi-experimental methods for estimating program impacts, working closely with staff members to build these methods into their research. He is well known as an evaluation research methodologist and frequently gives workshops and seminars on this work at academic conferences, university seminars, and meetings of government research organizations. Prior to joining MDRC, Bloom taught research methods, program evaluation, and applied statistics at Harvard University and at New York University, where he received the Great Teacher Award in 1993. The author of numerous articles and several books, Bloom has been a principal investigator of many randomized experiments and rigorous quasi-experiments, including, among others: a study of the impacts of 105 new small public high schools in New York City, a reanalysis of the national Head Start Impact Study, a study of the impacts of alternative social/emotional interventions for students in Head Start programs, the national impact study of Reading First, the National Job Training Partnership Act study, the Canadian Earnings Supplement Project for displaced workers, and the Delaware Displaced Worker Study. In 2010 Bloom received the Peter H. Rossi Award for Contributions to the Theory or Practice of Program Evaluation from the Association for Public Policy and Management. Having earned his bachelor’s degree in engineering from Case Western Reserve University, Bloom holds a Master of City Planning degree, a Master of Public Administration degree, and a PhD in political economy and government from Harvard University.