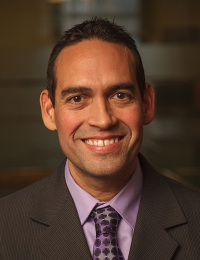 Martinez, who joined MDRC in 1997, is an expert in project incubation and startup and serves as a senior advisor to many of MDRC’s youth-focused projects. As director of program development, Martinez plays a key role in new program development across MDRC’s policy areas and centers and oversees MDRC’s grants management and funder relations. Prior to his current role, he served as deputy director of MDRC’s Youth Development, Criminal Justice, and Employment policy area, where he focused predominantly on projects targeting young people, particularly those with disabilities and those in the foster care and juvenile justice systems. Martinez is the current president-elect of the Association for Public Policy Analysis and Management and has served as the chair of its Diversity Committee. He is also the former chair of the board of directors of the National Youth Employment Coalition. Before joining MDRC, Martinez conducted research in a substance abuse treatment center and in a community health center with patients with schizophrenia. He began his career as a food stamp eligibility worker. Martinez holds a master’s degree in public health from Columbia University and a bachelor’s degree in psychology from the University of Virginia.