Investing in the Future | MDRC
Skip to main content

Investing in the Future 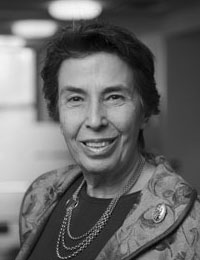 The Judith Gueron Fund for Methodological Innovation in Social Policy Research was established in 2004 by MDRC and six founding partners, the Annie E. Casey, Rockefeller, Jerry Lee, Spencer, William T. Grant, and Grable Foundations, in honor of Gueron’s legacy of promoting high standards in social policy research. Gueron served as President of MDRC from 1986 to 2004.

The Fund helps advance MDRC’s work on new methodologies for developing evidence that informs policy and improves practice. These include the use of:

The Judith Gueron Fund is also used to support such activities as: (1) new work to extend these quantitative and qualitative methods MDRC has pioneered and to disseminate them widely, (2) a minority scholars program of internships, new hires, and visiting scholar opportunities, (3) a series of methodological seminars by prominent scholars, and (4) methodological advisory panels to help guide MDRC’s future research. Additional information about these activities will be announced as they are developed.