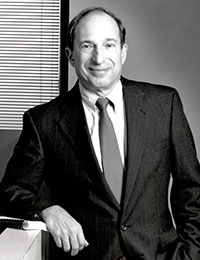 A graduate of Brown University, Nathan earned a Ph.D. in political economy and government from Harvard. For 30 years (until retiring in 2009), he directed the Nelson A. Rockefeller Institute of Government and served as a distinguished professor of political science and public policy at Rockefeller College at the State University of New York at Albany.

Prior to his career with the Rockefeller Institute, Nathan was a scholar at Princeton University, the University of Virginia, and the Brookings Institution. In the federal government, he served as director of domestic policy for The Kerner Commission (1967), assistant director of the Office of Management and Budget (1969-1972), and deputy undersecretary for welfare reform at the Department of Health, Education, and Welfare (1972). Previously, he was an adviser to New York Governor Nelson A. Rockefeller and Senator Kenneth B. Keating (R-NY).

“Dick Nathan had a defining influence on MDRC,” said Judith Gueron, MDRC President from 1987 to 2004. “He deeply believed in the organization’s mission and, as chairman of the Board during an extremely challenging time for people committed to rigorous policy research, he marshalled all of his resources to help the organization not only to survive but to thrive and, in the process, to transform itself. Throughout his years on MDRC’s Board, Dick worked to enrich our mission by always insisting that we seek not only to learn what worked to improve the well-being of low-income Americans, but as importantly to understand why different approaches succeeded or fell short. He was a pioneer in multi-disciplinary research. We benefited greatly from his wisdom and will always cherish his memory.”

“On a personal note, I had the good fortune of studying with Dick Nathan in an undergraduate social policy class,” said MDRC President Virginia Knox. “In fact, it was his passion for MDRC’s research that influenced me to seek out MDRC as my first job post-college, where I’ve ultimately spent much of my career advancing the organization’s work and evolution. MDRC has lost a dear friend with Dick Nathan’s passing.”