Mourning the Loss of Herb Sandler, Long-Time Supporter of MDRC 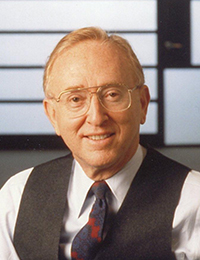 The MDRC Board of Directors and the staff of MDRC mourn the passing and honor the memory of philanthropist and business leader Herbert Sandler, a long-time supporter and champion of MDRC. His late wife, Marion, and his daughter Susan both served on the MDRC Board of Directors because, like nearly everything the Sandlers did, philanthropy was a family affair. Herb Sandler died on June 5 in San Francisco, California.

A constructive gadfly, Herb was a champion of MDRC, always offering frank advice and generous guidance. Although it was Marion Sandler who formally joined the board in 1997, Herb and Marion always worked together as a team to make MDRC a stronger organization – marrying a clear analytic and strategic vision with dedicated advocacy for the organization and its mission. Herb and Marion adopted MDRC at the start of a period of significant change, helping to craft and execute a new strategic plan, to create MDRC’s endowment, and to set MDRC on a path to growth and influence that continues to this day. That partnership grew ever stronger when Susan Sandler took a seat on the MDRC Board, adding her commitment to social justice to MDRC’s mission to alleviate poverty.

Over the years, Herb insisted that MDRC’s stock and trade — evidence-building — be driven by a commitment to fairness, transparency, and justice. He pressed MDRC to own the responsibility to communicate the lessons from its work for practice and policy in order to bring real improvements in the lives of low-income people. In just the last five years, as MDRC embarked on a major organizational transformation, Herb and Sandler Foundation President Steve Daetz offered both new resources and a challenge to bring the organization to new heights.

MDRC will miss Herb’s optimism and wisdom, his tremendous passion for social justice, and his commitment to building and using evidence to make the world a better place.

Herb Sandler was born in 1931 and grew up on New York’s Lower East Side. After graduating from City College of New York in 1951 and Columbia Law School in 1954, he served in the Army and then practiced law in Manhattan. He met Marion Osher, one of the first women analysts on Wall Street, in 1960. They married and moved to California, where they acquired an Oakland-based savings and loan in 1963. Over the next 43 years, the Sandlers served as husband-and-wife CEOs of Golden West Financial Corporation, which grew to become the second-largest savings and loan in the country.

Marion and Herb Sandler started the Sandler Foundation in 1991, which has since made charitable grants approaching $1 billion, with the vast majority of funds distributed since 2006. In its almost 30 years of existence, the foundation has also helped found, expand, and improve many nonprofit organizations, including MDRC.

Herb is survived by his daughter Susan, his son James, grandchildren Leah and Elijah, and brothers-in-law Bernard and Harold Osher. Our thoughts are with Susan and the rest of the Sandler family and with the many institutions that Herb and Marion helped create to do good in a troubled world.