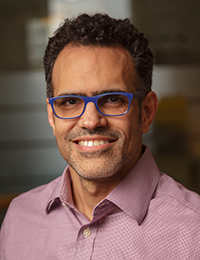 On June 6, MDRC President Gordon Berlin announced that William Corrin had been named Director of MDRC’s K-12 Education Policy Area. Corrin has served as Deputy Director of the policy area since 2010.

“William brings deep experience in K-12 education evaluation and technical assistance, a strong track record of managing both projects and the policy area, and effective skills communicating MDRC’s work to policy and practitioner audiences,” noted Berlin. “He has also played a leadership role advancing a next generation of practitioner/researcher partnerships that use evidence to drive program improvement, and he has made valuable contributions to the management of MDRC as a whole.”

Corrin joined MDRC in 2004 and has led experimental, quasi-experimental, and qualitative evaluations of education reforms and interventions, mostly at the secondary school level. Corrin formerly served as Director of Research, Evaluation, and Assessment for the Evanston Township District 202 in Illinois and taught social studies at an alternative high school in the Charlotte-Mecklenburg public school system. He received his PhD in sociology from Northwestern University.