How Does the Dana Center Math Pathways Improve Students’ Success in Math? 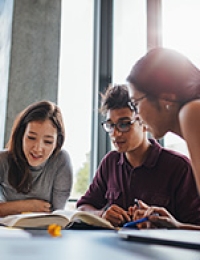