Biden Wants to Boost the EITC for Workers Without Dependent Children—What Does the Research Say? | MDRC
Skip to main content

Biden Wants to Boost the EITC for Workers Without Dependent Children—What Does the Research Say? 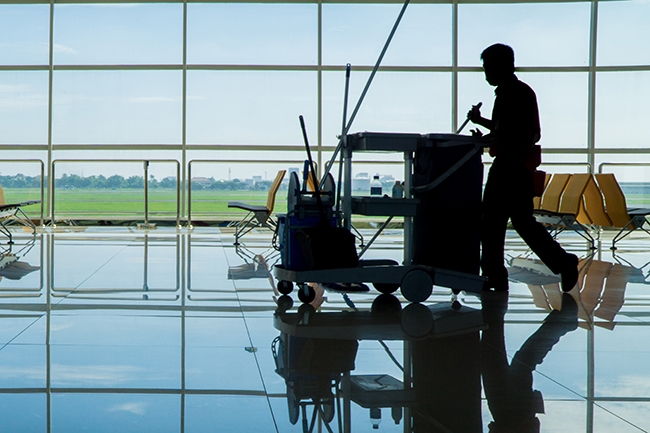 This commentary originally appeared in The Hill in February 2021.

The precarious life of a low-wage worker in the U.S. is nothing new. Inequality has been increasing and real wages have been stagnant for those at the bottom of the labor market for decades. The pandemic has exacerbated labor market inequality and made these longstanding problems more visible.

The Earned Income Tax Credit (EITC) has for decades boosted the incomes of low-wage workers—helping to make low-wage work “pay.” Currently, a single mother with two children who earns $25,000 a year would be eligible for an EITC of about $4,700, boosting her income by almost 20 percent. However, a worker with similar earnings but without dependent children would receive nothing. The current maximum EITC benefit for a single worker is just over $500 and phases out at about $16,000 in annual earnings.

As part of its COVID relief package, the Biden administration has proposed tripling the current EITC credit for single workers to $1,500 and raising the eligibility limit to $21,000.

Decades of studies clearly demonstrate that the EITC reduces poverty for single mothers and children and has positive effects on health and well-being. But what does research say about the potential effects of expanding the EITC for workers without dependent children?

Paycheck Plus, evaluated by MDRC, tested an expanded credit for workers without dependent children, quadrupling the maximum credit of $510 to $2,000. Results from New York City and Atlanta show that workers who claimed the credit received about $1,400 on average each year. The expanded credit increased incomes and, in New York, led to a small increase in employment rates, particularly for women and disadvantaged men. Paycheck Plus also reduced severe poverty and other measures of hardship in New York City. Effects in Atlanta were more muted, given greater challenges there of marketing the new program and encouraging participation. There was also no evidence from either city that it induced higher earners to cut back on their work hours, one common concern expressed about the EITC.

One secondary effect of the credit in both places was that it encouraged more people to file taxes. Not all low-wage workers files taxes; many of them earn so little that they are not required to file. Paycheck Plus increased tax filing rates by about 5 percentage points in New York and by about 11 points in Atlanta. Given the size of the group of low-wage workers without children (over 20 million), that would represent an additional one to two million new filers if the credit were expanded nationally.

There are a number of benefits to filing taxes, but one highlighted by the pandemic is that it may have provided these workers with a faster connection to stimulus payments under the Coronavirus Aid, Relief, and Economic Security (CARES) Act. Workers who had filed taxes in the past two years were able to receive their CARES relief most easily. Those who had not filed, and do not receive payments via other systems, have seen delays, although the IRS more recently posted an online form that these workers can fill out to apply for a payment.

These encouraging results may actually understate the potential impact of a nationwide expansion of the EITC. Even a carefully run demonstration like Paycheck Plus faced challenges that a national policy change wouldn’t. Paycheck Plus did not operate through the tax system, where receipt of the bonus would be automatic when a recipient filed taxes. Instead, MDRC and its partners had to work hard to market the program, to convince potential participants that the offer was not a scam, and to remind them each year that they were eligible for the bonus. A nationally run program would likely have higher take-up and participation rates once the program became known.

Many commentators have expressed the hope that the inequalities exposed by the pandemic will lead to renewed efforts to address them by expanding the social safety net and by providing basic protections for workers. An expanded EITC can be an effective part of this effort, increasing workers’ incomes (without depressing work effort) and putting them in a better position to recover from this crisis and weather the next.

Cynthia Miller is an economist and senior fellow in MDRC’s Economic Mobility, Housing, and Communities policy area. Lawrence F. Katz is the Elisabeth Allison Professor of Economics at Harvard University and a member of MDRC’s Board of Directors.