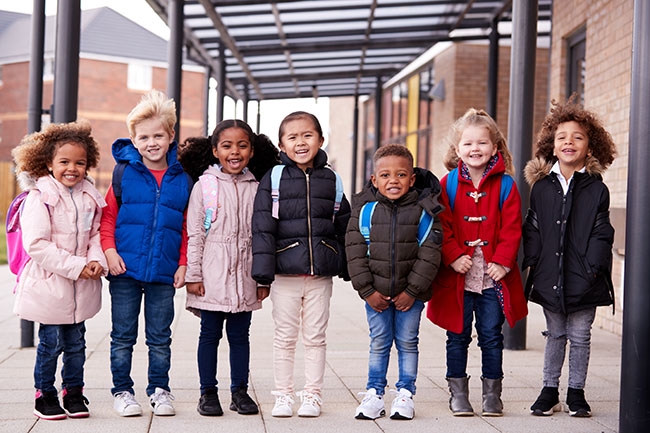 This commentary was originally posted in the New America Early and Elementary Update.

President Biden’s American Families Plan proposes to offer high-quality universal pre-K (UPK) to all three- and four-year old children. To support a dramatic increase in the number of American children attending publicly-funded pre-K, the plan relies on expanding existing mixed-delivery systems that typically provide UPK slots in both public schools and community-based organizations. But community-based providers, which often serve more children of color and children from families with lower incomes, have been historically underinvested in compared to public school pre-K programs. Despite this underinvestment, working parents often prefer community-based programs because they operate year-round, offer before- and after-school care, and provide continuity in care from infancy through pre-K, among other reasons.

Building an equitable UPK system that provides high-quality experiences to all children will require investing greater resources in community-based pre-K programs. Here are a few ideas for how to make that happen:

Collect data to understand community-based programs’ strengths and areas for targeted investment. In building their UPK programs, states and districts should start by collecting data to understand what existing programs are already doing well and where stronger supports are needed. This is particularly true for the community-based pre-K providers that are currently less likely than public schools to participate in systematic data collection efforts. For example, national data from Head Start programs show that community-based providers already do just as well—and even outperform public schools—at providing students with warm, responsive, and supportive interactions with teachers. Community-based programs, however, tend to have lower levels of instructional quality, as measured with the widely-used Classroom Assessment Scoring System observation, than public school programs. Assessing pre-K program quality upfront can more effectively guide investments that align with community-based providers’ needs.

Prioritize implementing evidence-based curricula in community-based programs. A key part of Biden’s plan for UPK is to use professional development to support high-quality pre-K programming at-scale. One strategy that can support this goal across all types of pre-K programs is to implement evidence-based curricula that focus on key learning domains—like math, language/literacy, or social-emotional skills—supported by ongoing training and in-classroom coaching. Importantly, this strategy may be particularly effective for community-based pre-K programs.

Match evidence-based professional development supports to areas for program improvement. After engaging in data collection to identify areas for improvements, states and districts will also be better equipped to identify the most appropriate supports to facilitate change in targeted teacher practices and child outcomes. In a study of Head Start programs across 17 states, we enrolled over 100 largely community-based providers in a randomized control trial that examined the impacts of three different curricula focused on improving students’ social-emotional development. Each curriculum was supported by a robust professional development model: ongoing training throughout the school year and weekly, in-classroom coaching that included observational time in the classroom and coach-teacher meetings. We found that each combination of curriculum and professional development was able to improve the specific component of instructional quality that it was designed to enhance. Even when implemented at-scale across multiple states and programs, offering professional development to programs specifically aligned with targeted areas for improvement is an evidence-based strategy for enhancing program quality in community-based pre-K settings.

There are already concerns that community-based providers will be left behind with the expansion of UPK across the country. Directing investments in community-based programs—like some states and districts have already done—may help to assuage some of these fears. For example, New Jersey has partnered with community-based organizations to offer full-day, publicly-funded pre-K in districts serving high proportions of students from households with low incomes. When building this system, the state prioritized supports for community-based providers to ensure consistent instructional approaches and similar levels of quality across both types of pre-K settings.

More recently, the Boston Public Schools Department of Early Childhood used city, foundation, and federal Preschool Expansion Grant funding to train and coach community-based pre-K programs on how to implement the evidence-based language/literacy and math curricula that the district uses in its highly-regarded public school program, a model shown to have large impacts on children’s academic and cognitive skills. Boston is now working to expand its UPK program by partnering with additional community-based programs. In addition to increasing salaries for community-based teachers, the city continues to directly invest in the professional development supports for community-based pre-K teachers that are needed to scale a high-quality, mixed-delivery pre-K system.

To deliver on the Biden administration’s ambitious plan to build equitable UPK for three- and four-year old students across the United States, it is critical to create systems where quality is consistently high regardless of program setting. Investing in curricula and professional development targeted to the specific needs of community-based providers, and collecting data to understand what those needs are, can help states and districts deliver on the promise of high-quality early care and education for all children.