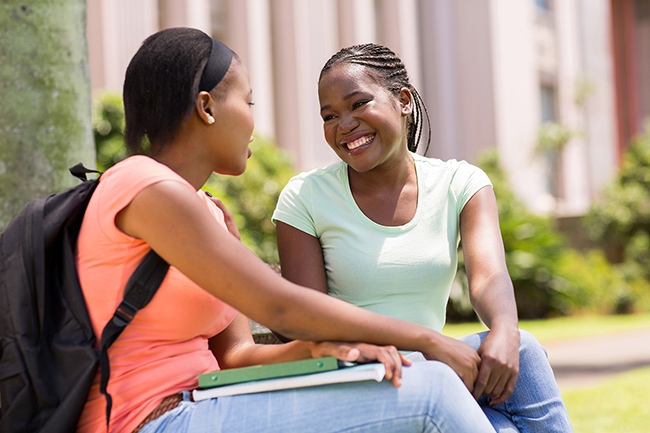 The Detroit Promise offers recent high school graduates from the city of Detroit a scholarship covering community college tuition and fees. To help more students stay enrolled in college and overcome barriers to college success beyond the cost of tuition, the Detroit Regional Chamber partnered with MDRC to design the Detroit Promise Path, which adds proven student support services to the existing scholarship. The services include a comprehensive coaching component with a dedicated campus coach and monthly financial incentives to offset other costs of attendance (for example, transportation costs). The program, operated centrally by the Chamber, relies on data tracking through a management information system to ensure it is operating effe­ctively, to monitor students’ progress, and to communicate with students. (A management information system is a computer-based system used to capture information about program participants and the activities they engage in with the program’s staff.)

MDRC evaluated the Detroit Promise Path using a randomized controlled trial research design. The study enrolled a total of 1,268 students across five Detroit-area community colleges in the 2016 and 2017 academic years. All students continued to receive the Detroit Promise scholarship; program group students were offered the new Detroit Promise Path coaching program, while control group students received the scholarship alone. Complete three-year research findings, as well as thorough descriptions of the intervention, student population, study design, and policy implications, can be found in MDRC’s report of record, Motor City Momentum. In brief, that report found that the program was well implemented at four out of five colleges; that program participation was high, with more than 90 percent of students responding to cold outreach; that large numbers of students dropped out of college, including 40 percent who dropped out within the first year; and that at the three-year mark the program had statistically significant, positive impacts on students staying enrolled in college and earning more credits, but no statistically significant impact on earning a credential.

This brief reports on students’ outcomes at the four-year mark. Extending the observation to a fourth year is valuable for two reasons. First, the Detroit Promise Path demonstrated improvements on intermediate academic measures at the three-year mark, and many students were still enrolled in school during the third year, including many part-time students, who take longer than full-time students to graduate. Second, the COVID-19 pandemic hit Detroit hard and greatly disrupted students’ educational trajectories. Thanks to support from The Kresge Foundation and the Ford Foundation, MDRC was able to collect another year of data to track student outcomes. For the four-year outcomes, MDRC collected data from the National Student Clearinghouse (NSC), which contains information only on enrollment and credential attainment. Data on credit accumulation are not available from NSC.

Beyond the main academic outcomes, the study also found the following:

Why? It is possible that when the program is implemented as designed and coaches are supported by colleges as well as by the Chamber, the Detroit Promise Path has the ability to help more students earn their college credentials. It is also possible that students may yet need more time to graduate; students who enroll in college part time—as most Detroit Promise Path students do—take longer to graduate, and the ongoing effects of the pandemic in Detroit could also be slowing their academic progress. On the other hand, it is possible that the program by itself may not be enough to help Detroit’s students overcome the wide variety of barriers to graduation they experience. Bigger, more systematic changes to institutions or solutions to other issues students face (such as a lack of academic preparedness stretching back into K-12 education or the lack of reliable bus service in many areas of the city) might help more. Colleges and Promise Scholarships looking to improve their students’ academic outcomes might consider the Detroit Promise Path model as one strategy to do so alongside other changes to help students.

The final word on this Detroit Promise Path randomized controlled trial is that the program can help students stay in school, and more can and should be done to raise graduation rates.