The Critical Role of Nonprofits, Public Agencies, and Social Enterprises 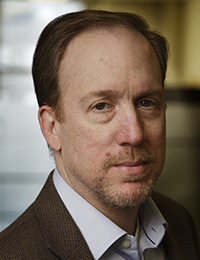 Experts are warning that the economic impact of the COVID-19 crisis is likely to persist well beyond the point when social distancing rules begin to loosen. In particular, the unemployment rate is likely to remain unusually high for many months to come.

Subsidized employment — which, broadly, uses public funds to create jobs for the unemployed — has been a useful tool for addressing mass joblessness during recessions. Most recently, states used funds under the American Recovery and Reinvestment Act of 2009 (ARRA) to put more than 250,000 people to work in subsidized jobs. Earlier subsidized employment programs during the Great Depression and in the 1970s were even larger. A similar program will likely be needed if COVID-19 leads to a severe recession.

MDRC has been studying subsidized employment programs for more than 40 years and recently completed two large-scale federal projects that rigorously tested 13 subsidized employment programs in eight states. The programs served very disadvantaged workers, such as people receiving cash assistance or people returning to the community from prison. The findings from those studies are summarized in a recent report.

The studies showed that subsidized employment programs can operate effectively even for people with little work history, criminal records, or other disadvantages. Individuals were eager to work, and programs were able to place them into meaningful jobs. The studies also strongly suggest that nonprofit organizations, public agencies, and social enterprises (businesses with a social purpose) will need to play a substantial role as worksites in future subsidized employment programs in order to ensure that the most disadvantaged workers do not fall through the cracks. Many for-profit businesses are unlikely to hire those workers even with generous subsidies; an equitable approach will need to target funds and slots toward those most in need.

Which types of subsidized employment programs were best able to place disadvantaged workers in jobs?

Some of the programs placed most of their participants into subsidized jobs with nonprofit organizations, such as social service providers, or with local government agencies. In others, participants worked for social enterprises, including an electronics recycling firm or thrift stores operated by Goodwill Industries affiliates. In contrast, a few programs sought to place most or all participants with private, for-profit businesses. The latter group of programs covered all or part of participants’ wages for three to six months. In some programs, participants started off on the payroll of the program sponsor, while in others they worked directly for the for-profit business from the start.

As shown in the figure, in general, the programs that sought to place participants with nonprofits, public agencies, or social enterprises — regardless of the population they served — were able to place very high percentages of their participants into subsidized jobs quickly, while programs that targeted for-profit employers had much lower placement rates. (The patterns of longer-term results are less clear.)

One very large study, in Los Angeles County, tested two different models side by side and offers the strongest evidence on the question of whether private for-profit or public/nonprofit employment placements are most effective for disadvantaged workers. Low-income adults (mostly single mothers) who were receiving Temporary Assistance for Needy Families (TANF) cash benefits and who were unable to find a job through an initial job search program were assigned, at random, to one of three groups. Staff attempted to place people in the first group into a job with a local nonprofit organization or public agency. They tried to place those in the second group with a for-profit business. (Participants remained on the program payroll for two months before transitioning to the employer’s payroll for an additional four months of subsidized work.) Recipients in the third group were not offered subsidized jobs; they served as a control group for the study.

These results show that many for-profit employers were not willing to hire very disadvantaged workers even with generous subsidies. Perhaps those employers believed that workers with fewer skills or less work experience would require more guidance and assistance from supervisors. In contrast, nonprofits or social enterprises are willing to employ virtually anyone if their wages are subsidized. Interestingly, program staff consistently reported that the businesses most likely to hire subsidized workers were small, local firms that were strongly connected to their communities. In larger, national firms, decisions about whether to accept subsidies were likely to be made by attorneys or human resources professionals far away in corporate offices.

What are the implications for future subsidized employment programs?

Experience suggests that subsidized employment could be a valuable part of the nation’s economic stimulus approach if high unemployment persists beyond the period of intense social distancing necessitated by the COVID-19 pandemic. Direct cash payments such as those provided under the Coronavirus Aid, Relief, and Economic Security (CARES) Act of 2020 are also critical, but subsidized jobs allow workers to contribute to society and prevent their work muscles from atrophying.

Many of the large state programs that operated from 2009 to 2010 under ARRA placed all or most subsidized workers into private businesses. Those programs were able to start up quickly, provided much-needed help to local businesses, and were popular with governors of both major political parties.

However, based on the results described above, it seems likely that disadvantaged workers had a hard time accessing jobs in the programs that mainly targeted private businesses. This is particularly likely to be true when unemployment is high, and highly qualified, experienced workers are looking for jobs.

This pattern suggests that at least some of the funds provided under future subsidized employment programs should be reserved for disadvantaged workers and nonprofit, public, or social enterprise employers. Under one approach, used in San Francisco, workers could be routed to different types of subsidized jobs based on their work history and education level. This kind of mixed approach is critical if subsidized employment is to address deep-rooted inequities in the U.S. labor market.

A Synthesis of Findings from Evaluations of 13 Programs

Responding to the COVID-19 Crisis: Evidence-Informed Resources for Practitioners and Policymakers