Evidence to Action: A Policy Perspective from Three States 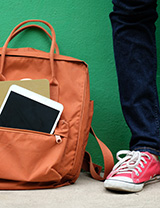 Graduation rates for higher education students have lagged for decades. Recognizing the important role that higher education plays in economic mobility, states and postsecondary institutions across the country have committed to reforming policy and practice to better support college students’ success. These reforms are particularly important for students who come from communities that are more likely to be underrepresented in college, such as students from families with low incomes and students of color, to address the structural barriers that drive long-standing disparities in achievement.

Over the past 15 years, innovative and rigorous research has identified and evaluated effective practices to support students’ success in college. This research has produced a growing body of evidence for strategies proven to address the critical barriers to attaining a postsecondary credential or degree. These strategies include reforms to instruction, financial aid, advising and nonacademic support systems, and career and technical education.

Additionally, states’ and institutions’ increasing adoption of evidence-based policymaking represents a major shift toward prioritizing and integrating research findings and data in higher education policy decisions. Further, the federal government has expressed a renewed and increased interest in investing in higher education, as demonstrated, for example, by the funding allocated for colleges in the American Rescue Plan to retain and support students affected by disruptions associated with the COVID-19 pandemic. Similarly, momentum has gathered behind the proposed investments in evidence-based student success strategies (known as the College Completion Fund) in the American Families Plan. However, fundamental misalignments remain between the domains of research and policy despite this increased attention, limiting the influence that data and research have on policy and practice.

The Evidence to Action project (2019–2021), led by MDRC and the State Higher Education Executive Officers Association (SHEEO) and supported by Arnold Ventures, initiated a body of work designed to disentangle the barriers that exist between research and state-level higher education policy and partnered with state higher education agencies to develop solutions. As the final step in the Evidence to Action project, this brief proposes promising strategies found to address the factors that state-level postsecondary leaders have observed to have the most impact on evidence-based policymaking in higher education. This brief also provides recommendations and resources for state- and system-level decision-makers advocating for greater investment in evidence-based policymaking as well as for researchers and intermediary organizations hoping to produce relevant research that they can translate into policy.

Supplement 1: How Do I Assess the Value and Quality of Research?

Understanding What Works in Postsecondary Education