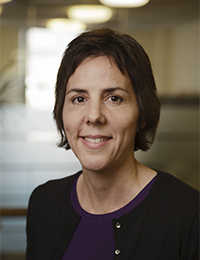 In the wake of the COVID-19 pandemic, both of these types of workers, among others, have been deemed “essential,” meaning that they have had to risk their health to keep their jobs (assuming they could find care for their children). Other low-wage workers have lost their jobs and are likely struggling to stay afloat, given that they probably don’t have the savings to help sustain them through months of unemployment.

The precarious life of a low-wage worker in the U.S. is nothing new. Inequality has been increasing and wages have been stagnant or falling for those at the bottom of the labor market for decades. The pandemic will only exacerbate those trends. But the pandemic has also made these longstanding problems more visible. The public is now much more aware that most low-wage workers are not offered key benefits by their employers, such as paid sick leave and health insurance.

Of course, a key feature of their jobs is the low wages that they earn. In recognition of this, experts have proposed in recent years to increase “take home pay” by expanding the Earned Income Tax Credit (EITC). The EITC phases in and phases out as earnings increase and is refundable, meaning that any portion that is not used to offset taxes owed goes to the individual. Currently, a single mother with two children who earned $25,000 would be eligible for an EITC of about $4,500. A worker with similar earnings but without dependent children would have already earned his or her way out of eligibility and would receive nothing. Some policymakers have called for incremental increases in the credit, sometimes for selected groups of workers, while others call for significant expansions for all family types. A proposal by Representative Ro Khanna and Senator Sherrod Brown, for example, would double the credit for families with children and increase it nearly six-fold for those without children. There is abundant research showing the positive effects of these types of policies on families and children.

Paycheck Plus, evaluated by MDRC, tested an expanded credit for workers without dependent children, quadrupling the maximum credit of $510 to $2,000. Results from New York City and Atlanta show that workers who claimed the credit received about $1,400 on average each year. The expanded credit increased incomes and, at least in New York, led to a small increase in employment rates. There was also no evidence that it reduced earnings among higher earners, one concern with the EITC.

One secondary effect of the credit in both places was that it encouraged more people to file taxes. Not all low-wage workers files taxes; many of them earn so little that they are not required to file. Paycheck Plus increased tax filing rates by about 5 percentage points in New York and by about 11 percentage points in Atlanta. Given the size of the group of low-wage workers without children (over 20 million), that would represent an additional one to two million new filers if the credit were expanded nationally. There are a number of benefits to filing taxes, but one highlighted by the pandemic is that it provided these workers with a faster connection to stimulus payments under the Coronavirus Aid, Relief, and Economic Security (CARES) Act. Workers who had filed taxes in the past two years were able to receive their CARES relief most easily. Those who had not filed, and do not receive payments via other systems, have seen delays, although the IRS more recently posted an online form that these workers can fill out to apply for a payment.

Many commentators have expressed the hope that the inequalities exposed by the pandemic will lead to renewed efforts to address them by expanding the social safety net and by providing basic protections for workers. An expanded EITC can be an effective part of this effort, increasing workers’ incomes (without depressing work effort) and putting them in a better position to weather the next crisis. As work-based assistance, it will need to be combined with policies to help individuals find jobs and policies to help support individuals who are not working.

Cynthia Miller, an economist and senior fellow in MDRC’s Low-Wage Workers and Communities policy area, directs the Paycheck Plus demonstration and evaluation.

Responding to the COVID-19 Crisis: Evidence-Informed Resources for Practitioners and Policymakers

Interim Findings from the Paycheck Plus Demonstration in Atlanta