The Future of Career and Technical Education 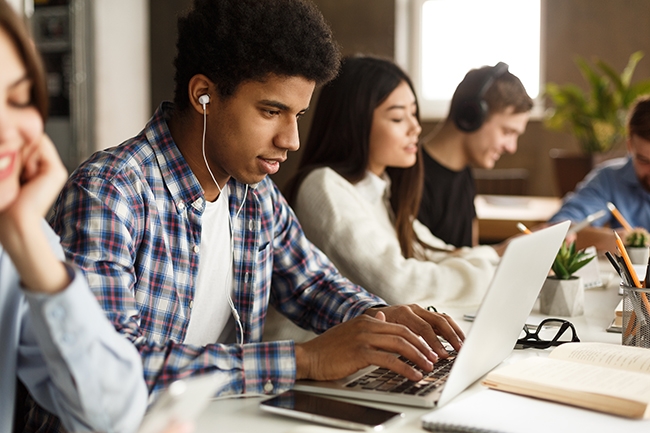 A version of this interview originally appeared in the Advance CTE blog Learning That Works!

Advance CTE spoke with MDRC’s Rachel Rosen about the findings from MDRC’s report, Bridging the School-to-Work Divide and On Ramp to College, which explore the impact that participation in New York City (NYC) P-TECH Grade 9-14 schools have on college and career readiness.

The NYC P-TECH Grades 9-14 high school model involves a partnership among the New York City Department of Education, the City University of New York (CUNY), and employers who collaborate with the schools implementing the program. The schools prepare students for both college and careers in science, technology, engineering, and mathematics (STEM) fields by allowing them to earn an applied associate degree in addition to a high school diploma and to gain relevant work-based learning experiences within a six-year timeframe.

MDRC’s random assignment study leverages NYC’s lottery admission system to determine the impact that attending one of NYC’s P-TECH schools has on college and career readiness. For example, the study found significant impacts on P-TECH 9-14 students taking and passing New York State’s Regents exams (which assess college readiness) with scores at the standard required for admission to CUNY. P-TECH students are also 30 percentage points more likely to take college courses in high school than comparison group students. They also earn 6.4 more college credits by the end for their fourth year.

Based on these findings, policymakers may be interested in learning more about how to leverage the P-TECH model to create positive outcomes for populations most underserved by traditional school models.

How do your research findings on the P-TECH school model advance the CTE field’s understanding of ways to better serve learners?

One of the important things about the P-TECH study is that it is a causal study, so we can confidently say that the results we are seeing are directly caused by students being enrolled in the P-TECH model as compared to an alternative model. The P-TECH model was developed from proven elements of other models that are also backed by rigorous evidence. These elements include early college high school models, career academies, and small schools of choice. P-TECH is a tightly aligned model where there is good coordination among secondary, postsecondary, and employers that provide a lot of cushioning for students at these critical transition points where, in other models, they might be left to their own devices.

What findings from the Bridging the School-to-Work Divide and the On Ramp to College reports would you highlight for state CTE leaders in particular?

We believe that CTE leaders will be really interested in the positive impact that we’re seeing for students who are participating in P-TECH: P-TECH 9-14 students signed up for dual enrollment programs at higher rates and both attempted and earned more college credits than the comparison group students by the end of four years of high school. It is important to note that the students in the study sample had weaker academic performance in 8th grade than the overall student population enrolled in P-TECH 9-14 schools (more than 70 percent of them were testing below proficient in both math and English Language Arts in 8th grade). Another important demographic piece for leaders to consider is the impact that attending a P-TECH high school has for learners traditionally underserved by comprehensive high schools. Our sample reflects learners who identify as Black and Hispanic and who come from neighborhoods where the median income is below the city average, and they are experiencing positive outcomes with dual enrollment and passing the Regents exam.

Focusing on Bridging the School-to-Work Divide, which indicates that the P-TECH model has positive impacts on students’ college and career readiness, what do you know about how specific elements of P-TECH contribute to this impact?

There are a couple of elements of the P-TECH model that we think contribute to student success and readiness for work-based learning and dual enrollment courses:

Taken together, all these elements position students for success not only in high school but in their work-based learning experiences and to dual enroll in college courses.

Based on the findings in both reports, your team found that P-TECH students tended to concentrate more on CTE courses than students in the control group, either through accumulating greater numbers of CTE credits in high school or by taking CTE-aligned courses through dual enrollment. What factors appear to drive that trend? And are there any implications here for CTE leaders and educators?

Yes, the P-TECH model has an explicit focus on preparing students for careers through CTE classes. The schools were set up to make these CTE classes available in high school, and CTE courses were also offered at the colleges as part of the applied associate’s degrees that students can earn.

The comparison group in this study is made up of students who applied to P-TECH but who did not win a seat through the random admissions process. Some of those students may have ended up in other high schools across New York City that also offer CTE coursework if that was important to them. However, we’re still seeing that P-TECH students earned more CTE credits than comparison group students, and we believe that it is due to the very tight focus on CTE in the P-TECH schools.

CTE leaders should certainly consider the role that industry partners have in helping to ensure alignment across the courses students take, the associate’s degree coursework, and standards for the industries they represent. The industry partners had some input into which CTE classes would help students be more prepared to secure jobs within the industry. There was a lot of communication about how to best prepare students for entering these industries.

On Ramp to College digs into the differences in dual enrollment participation based on gender, revealing that female students enroll in college courses at higher rates than males. Can you explain what you learned about this pattern and any insights you gained about supporting male students’ college enrollment?

There is an interesting paradox that is frequently observed across the higher education and CTE literature where, despite being more likely to enroll and graduate than their male peers, female students experience lower levels of accrued impact from participating in CTE.

Since the P-TECH model has a combined focus on both higher education and career readiness, we wanted to see how the gender differences might play out for students in this environment. Consistently, we saw female students in both the P-TECH high schools and the comparison schools were much more likely to dual enroll than male students. This did not, however, translate into higher pass rates of the Regents exam. While male and female students were passing the Regents at similar levels, the female students were more likely to take up the opportunity for dual enrollment than their male peers. And this pattern was held across all seven of the P-TECH schools in this study, so it seems unrelated to the program type.

Finally, what new questions has this work raised for you that could be applied to future research?

The study is still ongoing, and we are currently working on our final analysis. Generally speaking, the big open question is focused on the impacts of P-TECH on postsecondary degree attainment. Other questions we’d like to explore include:

Amy Hodge is a policy associate at Advance CTE.