Issue:
Criminal and Juvenile JusticeWork and Income Security
Focus Area:
Corrections and ReentryFinancial Incentives
Population:
Populations with Barriers to EmploymentPopulations with Low Incomes
Focus Population:
People Who Have Been IncarceratedPeople in Low-Wage JobsPeople Who Are Unemployed or Underemployed 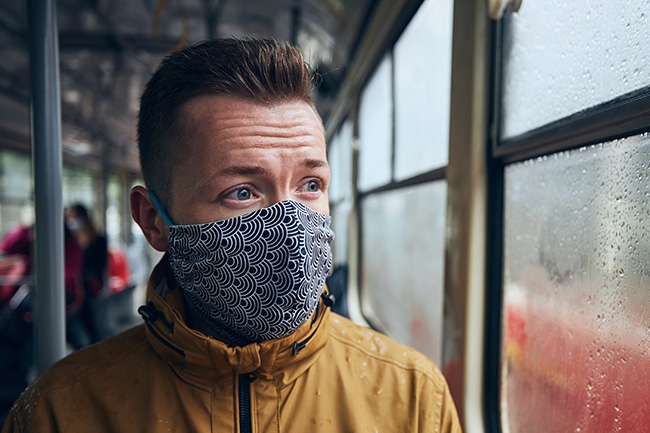 This commentary originally appeared in The Crime Report.

Navigating a return from prison or jail is hard even at the best of times. But during a pandemic it can be daunting.

Scott, who was released from a California prison this year after serving six and a half years of a 10-year sentence, found a temporary job that required him to drive through hazardous winter conditions from his transitional housing residence in the San Bernardino Mountains.

To keep the job, he needed funds to pay for auto insurance and emergency car repairs. But, like most returning citizens, Scott (whose full name is withheld to protect his privacy) couldn’t count on getting federal emergency relief funds allocated during the pandemic, which required recent work histories or tax returns to qualify.

It looked unlikely that he could continue to work―until he found the Returning Citizen Stimulus (RCS) program, a first-of-its-kind cash assistance program exclusively for returning citizens.

A series of cash payments disbursed under the program helped him keep his car and the job, where he eventually got a raise and full time, permanent employment as a mortgage underwriter.

‘The Money Gave Me Confidence’

“[The money] gave me confidence in knowing that I had money available for those emergencies that nobody can plan for,” he recalled.

Beginning in April 2020, more than 10,000 people have received similar help from the RCS program, which was designed and implemented by the Center for Employment Opportunities (CEO)—a nonprofit organization that provides employment services to returning citizens—with support from Blue Meridian Partners on behalf of the Justice and Mobility Fund.

For many returning citizens faced with the challenges of finding jobs and housing during a nationwide health emergency, RCS has been a lifeline.

The program, implemented in 28 cities, paid out more than $24 million in grants, disbursed in milestone-based payments, averaging a total of $2,256 apiece, according to a new study by MDRC, a nonprofit, nonpartisan social policy research organization.

According to MDRC, participants reported that the program helped them feel more financially stable in the difficult period following incarceration.

Like Scott, most said that they used the funds for essential expenses such as rent, transportation, groceries, and clothing, and on personal care to prepare themselves for employment.

The RCS program began as a way of providing emergency cash assistance to CEO clients. But it was quickly expanded through partnerships with 32 other reentry organizations across the country.

Participants were eligible for three monthly payments totaling up to $2,750, if they reached milestones set by the reentry provider that usually included activities related to pursuing employment.

The RCS program did not require recipients to submit budgets. It was designed on the premise that returning citizens are the experts on their lives and circumstances and will make sound decisions when given trust and opportunity.

The Challenge of Reentry

Each year, about 600,000 people are released from state and federal prisons, and millions more are released from local jails. Often with few financial resources, these returning citizens must address their day-to-day needs for food, clothing, and housing; obtain identification and access to medical care; and find employment and reconnect with family.

More research is needed, but we believe the study’s findings show that RCS may provide a promising model for smoothing reentry from incarceration―even after the special hardships caused by the pandemic are resolved.

The MDRC study identified the following key benefits of the RCS cash assistance for recipients who participated in the evaluation survey:

“I never want to ask for help,” Juan, an entrepreneur in Los Angeles, told researchers. “I just don’t want to go back to prison.”

Juan used RCS resources to get the business registration and equipment necessary to re-launch his car detailing business. Although outdated banking and government policies cut Juan off from credit markets and government loan programs, the RCS payments secured his opportunity to provide for his wife and five children.

The MDRC report shows that cash assistance combined with existing reentry services has strong potential to improve economic mobility and recidivism outcomes—even after the pandemic has subsided.

Together, they provide immediate financial support to people returning from incarceration and create long-term engagements between returning citizens and reentry service providers.

Even as we begin to emerge from the pandemic, the challenges facing returning citizens need continued attention. Decarceration efforts, ranging from early release, advanced parole, and initiatives such as prosecutor-initiated resentencing, are high on the agenda.

But the success of RCS suggests enhanced cash assistance can be an important tool for states and localities to give returning citizens the help they need in restarting their lives.

Sam Schaeffer, Chief Executive Officer of the Center for Employment Opportunities, served as Director of Economic Development for Sen. Charles E. Schumer of New York. Ivonne Garcia is an MDRC research associate and lead author of the MDRC study.