It Will Take More Than Free Tuition to Improve Graduation Rates 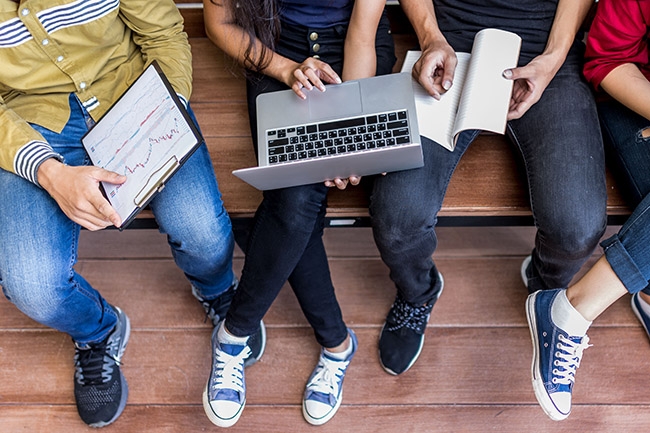 Across the country, there are more than 300 “Free College” or “College Promise” programs, in which students in specific geographic areas are eligible for free tuition at local colleges. These programs have become a popular response to growing national concern about the costs of college and subsequent student debt loads.

The offer of free tuition can increase students’ college attendance. Some studies of College Promise programs have found large impacts on students’ likelihood of enrolling in college. Most low-income students are already eligible for federal need-based Pell grants, which typically cover the cost of tuition in two-year colleges. But advocates of College Promise say that the clear messaging that college tuition is free will lead more students to attend college, and to do so with less financial anxiety.

Indeed, studies have shown that College Promise programs can help reduce students’ financial anxiety about tuition and fees and can reduce debt. Most College Promise programs are “last dollar,” meaning that they cover tuition after Pell has already been applied. By contrast, most current federal proposals are designed to enhance rather than supplant Pell grants, which is a thoughtful design choice likely to be most beneficial to low-income students. Adding free tuition while keeping Pell grants would allow Pell-eligible, low-income students to continue to use their Pell grants on the other expenses of college, such as supplies, textbooks and transportation to and from school—all identified as costs that hinder low-income students’ persistence and graduation rates.

This design choice is an important one. Many last-dollar, tuition-only College Promise programs present a windfall for well-off families without providing much, if any, financial benefit to low-income students who already have tuition covered by Pell.

Free community college tuition is one strategy to address the significant issue of college affordability. But the ultimate goal of higher education interventions must go beyond initial access to college and include college success, namely, graduation. This is vital, because only about one-third of first-time, full-time community college students graduate within three years of entry—a number that is even lower for low-income students, students of color, first-generation college students, rural students, and part-time enrollees.

Rigorous studies of College Promise programs indicate little to no impacts on graduation rates in two and three years. Some nonexperimental studies have found increases in graduation rates, but those increases are typically small. Those College Promise programs that do see positive impacts on academic outcomes like persistence, credit accumulation and graduation rates often share a common feature: they go beyond tuition and provide students with additional supports, such as advising, mentoring, internships, textbooks and additional financial supports to cover unmet expenses. But even these studies highlight the wide variety of challenges students continue to face.

For example, the Detroit Promise Path is a College Promise scholarship with additional coaching and financial supports serving community college students in the city of Detroit. This program has large positive impacts on students’ likelihood of persisting in school and earning more credits—very important outcomes. Yet after three years, only about 7 percent of students in a randomized controlled trial conducted by MDRC had graduated. Students told researchers that even with the Promise scholarship in place, they continued to face immense barriers to success, especially financial barriers: nearly all students reported that they had to work while in school and had trouble paying for books, transportation, food and rent. This led the majority of students to drop to part-time status or take semesters off school.

For high-poverty populations like the students served by the Detroit Promise, tuition coverage is only the first step. It was the addition of the support components that helped more students stay in school longer and accumulate more credits.

Backed by Other Research

Perhaps the most striking example is the Accelerated Study in Associate Programs (ASAP) model designed and developed by the City University of New York. This program, originally implemented in New York City and later replicated in other states including Ohio, has been shown in two rigorous evaluations to dramatically increase three-year graduation rates for low-income community college students: 18 percentage points in New York and 16 percentage points in Ohio. Adding support services to address multiple barriers to success, on top of Free College tuition coverage, would maximize the program and give students a real chance to graduate on time.

These considerations are especially important to ensure that a national College Promise strategy would have an equitable impact. Even in robust state programs, like the Tennessee Promise, with large first-semester enrollment impacts, research has shown that higher-income students persist in higher rates than lower-income students. This has the potential to exacerbate existing equity gaps. Providing the additional supports—whether financial, programmatic, academic or all of the above—that students need to persist and graduate is essential to seeing big graduation impacts and alleviating equity gaps.

The research shows that the programs that produce the largest impacts on graduation rates—and have been shown to do so for all students—are multifaceted, addressing multiple barriers to success simultaneously, and long-lasting, offering students support for two or three full years to ensure they reach graduation. Investing in robust student support services is critical to improving graduation rates for community college students. Tuition coverage alone will not get all students to graduation.