An Evaluation of the Returning Citizens Stimulus Program 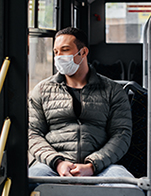 Each year in the United States, about 600,000 people are released from state and federal prisons, and millions more are released from local jails. These men and women—known as “returning citizens”—face a tough transition to the community. Often with few financial resources, they must address their day-to-day needs of food, clothing, and housing; obtain identification and access to medical care; and endeavor to find employment and reconnect with family. For those released in 2020 and early 2021, the COVID-19 pandemic made the transition even more difficult. Yet federal emergency relief funds may have done little to help them, since they may not have had access to the funds if they lacked recent work histories or tax returns.

In April 2020, the Center for Employment Opportunities (CEO—a nonprofit organization that provides services to returning citizens, also known as “reentry services”) launched the Returning Citizens Stimulus program (RCS) in an effort to fill this gap. RCS was a cash transfer program that offered financial support to returning citizens during the critical period just after their release. Participants were eligible for three monthly payments totaling up to $2,750 if they reached milestones such as preparing résumés.

CEO, with funding from Blue Meridian Partners on behalf of the Justice and Mobility Fund, engaged MDRC to conduct an evaluation of the RCS program. The study found the following:

The findings presented in this report suggest that RCS may provide a promising model for smoothing reentry from incarceration, and that more research is warranted. The program was implemented well and on a large scale very quickly, with individuals enrolled in large numbers and in varied contexts.