The Future of Career and Technical Education

Postsecondary Career and Technical Education: A Training Ground for a Greener Future 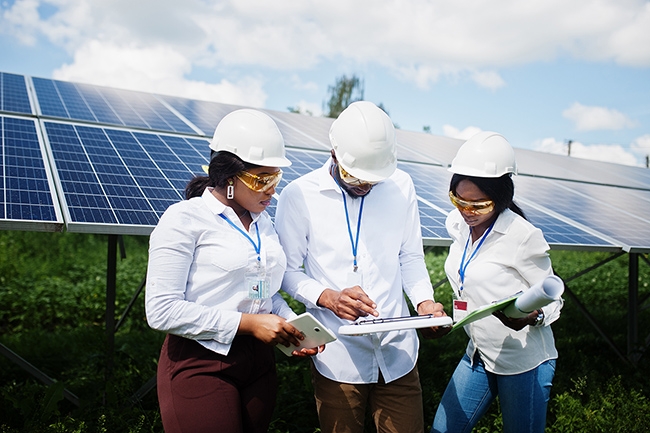 Recent federal policy supports creating middle-class jobs in the “green economy.” The Biden administration has made climate change a policy priority, asserting in many legislative proposals that addressing this problem will also lead to many well-paying jobs in multiple fields. Some states, such as North Carolina, have a decade’s experience leading this transition. Existing local and state initiatives, rapid market shifts toward renewable energy, electric vehicles, and the “greening” of many other fields reflect significant support for expanding the green labor market. In this context, community colleges are considering the role they play in preparing new graduates for green jobs and helping existing workers make related transitions.

To better understand how schools can build programs that provide reliable growth trajectories for students in the green economy, MDRC wanted to learn more about the North Carolina Community College System’s (NCCCS’s) 10-year-old “Code Green” initiative. In 2010, NCCCS launched “Code Green” at its 58 community colleges, which college leaders called the largest curriculum redesign initiative in the system’s history. The system overhauled programs in five sectors that offered a total of 82 degrees in energy efficiency and sustainability, building, transportation, engineering technologies, and environment and energy.

MDRC: There’s been a lot of excitement about the need to create new jobs and transform other jobs to shift our economy toward environmental sustainability. Less attention has been paid to how to train people for this massive labor market shift, but you were thinking about it 10 years ago. What lessons did you learn from the launch of Code Green that would be useful for people looking to set up similar programs?

As a system, we were creating lots of degree slivers—niche, boutique-ish degrees, each with a different process, a different group of courses, and a full-time faculty member. And if the students didn’t come, that sliver went away really quickly. Code Green was a way of thinking about not just sustainability from a green standpoint, but also sustainability from a programmatic standpoint.

Most green jobs have a foundation in fundamental skills that we were already training in. Did we need green car [training] or did we need to make sure that our technicians had knowledge about electric and other forms of alternative fuels? We’re not just teaching a solar program. It’s individuals becoming electricians and heating and air conditioning technicians who are learning and being certified in [solar] as part of their broader portfolio.

So that’s what we attempted to do: step back, think about all of these programs, look closely at the core foundation of general education credits and how they cut across [the Code Green objectives]. The sustainability energy piece of it was the tip of the pyramid. It wasn’t the middle or a foundation, but it was a particular skill set added on top.

Ryan: The lesson to be learned was, this green aspect of the program is the key differentiator, but you have to have broadly trained people to meet the variety of demands in your community. You don’t want to overly specialize students, especially in career technical education at the community college level. You don’t need to be specialized at entry level, you may need to be specialized 10, 15 years into your career—that’s fine. And we have a role to play in that also. But for the entry-level position, you need somebody that’s broadly skilled in soft skills, employability skills, core technical skills, who is thinking about the future and has some sort of differentiator that’s going to set them apart.

I think the green part of these programs was the differentiator. So, if somebody was looking for an employee who could do automotive, and the plus one was that they could do electrical vehicles, hybrids, then our students had that as a differentiator between them and other folks.

I think the other lesson was, you must have foresight to know maybe that differentiator is not going to make as big a difference today, but five years from now, it’s going to make a huge difference.

MDRC: What are the things you need to look at 10 years forward? How do you recalibrate as the future becomes the present?

Ralls: There were two North Carolina community college presidents at the time who really were the evangelist champions for sustainability, both in terms of the notion of the impact on climate and the impact on future job opportunities.

Wake Tech was the first completely [Leadership in Energy and Environmental Design–certified] college campus in the country and we have a full-time director of energy and sustainability. As the lead college in Code Green, we take seriously the lessons of those days.

MDRC: What role do you think CTE plays in preparing the workforce for the shift to green jobs?

Ralls: CTE technicians have become even more vital for us because they’re the ones who keep all this stuff running and the stuff now is so much more complicated than it ever was. In education, we still tend to think either/or, and it’s always been that way: “You go to community college because you couldn’t go to four-year college, you go to CTE because you’re not in a university transfer path, you go to skills for job training but not as a gateway also to a future degree.” That’s no longer true, if it ever was.

We’re an agriculture state, we have big pig farms. One of the most technologically advanced places I ever went to was a pig farm. It was huge, and watching these burly guys programming the feed for the pigs because all the pigs have chips in their ears to tell the computer “this amount of food” based on their age and their growth.

And in a way that’s energy efficiency, it’s dollar savings, it also does better for sustainability, and you get more out of the pigs. But 20 years ago, you did not have people who are watching pig farms programming the computer feedings. That example is what’s happening across all our technician programs—the computer is the driver, but you’ve got to have the understanding behind it. There has to be a greater respect for a technician’s role in an environment that is both much more computerized and also requires much greater energy efficiency, sustainability, green, however you want to say it.

Part of the change is bringing the value of infrastructure to the forefront. And then I think the Code Green part is really, you know, let’s all realize and emphasize how important sustainability and energy efficiency is to our economic future and our sustainable future. And that’s what Code Green was talking about years ago, thanks to some folks who were pushing the issue before everybody else thought it was important.

MDRC: Is there anything else that you want to share with us or think we should know about the Code Green experience?

Ralls: Well, I’ll say that you have to make sure you understand the value you can add as an administrator and then get out of the way. When it came to greening the curriculum, what we said is we’ll find the resources but [the faculty] weren’t told, “You should create a windmill program.” They were the experts in their field. They led it and they determined what the training would be for our students, and we made sure the necessary additional training was there for our faculty. Ten years later we can see those investments paying benefits.

Ryan: This was a bottom-up kind of thing. There was a lot of research involved. We brought in experts from outside, but there was trust on the part of the system to let faculty with a lot of experience build this. Ten years later, it is mainstream because they were able to see where the hockey puck was going and prepare for that because the right people were involved.