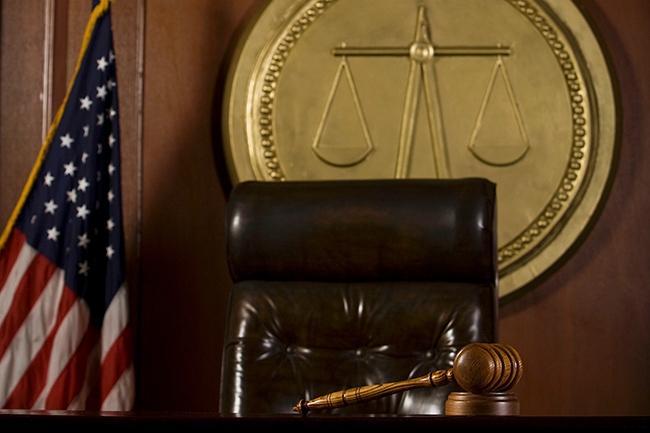 On any given day in the United States, more than half a million people who have not been convicted of any crime are held in local jails. Most are held because, following their arrest, they could not afford to pay the bail amount set as a condition of their release. The negative consequences of pretrial detention extend beyond a short-term jail stay and include an increased likelihood of receiving a conviction (as opposed to a dismissal); longer sentences; and an increased chance the individuals will lose their jobs, homes, and custody of their children. Despite a growing body of evidence showing that substantial increases in pretrial release do not pose a threat to public safety, communities spend about $14 billion each year to incarcerate people who have not been convicted of crimes.

How Did We Get Here?

For much of our country’s history, release from jail pending trial did not require advance payment. Instead, payment was due only in the event of a default—if the individual charged with a crime did not return to court to face charges. If a default occurred, the surety—typically someone with a personal relationship to the defendant—agreed to pay bail on the defendant’s behalf.

Over the course of the nineteenth century, bail practices began to shift: defendants had to pay bond themselves or be held in jail, giving rise to the commercial bail bond industry. In the first half of the twentieth century, following the emergence of the cash bond system, some quarters slowly began to recognize its detrimental effects on those in poverty. In the 1960s, this recognition eventually led to progressive bail reform efforts aimed at addressing wealth-based pretrial detention. However, in response to concerns about rising crime rates, the 1980s ushered in a particularly punitive approach to criminal justice that once again swung momentum away from pretrial release. Legislative and judicial changes expanded the circumstances under which judges could set bail or mandate preventative detention (detention without any option of bail). Judges were newly allowed to consider “dangerousness”; historically, pretrial decisions were based only on the likelihood of appearance at court. This evolution toward more punitive practices resulted in a surge in pretrial jailing, despite the Supreme Court’s 1984 determination that pretrial detention should not be the norm but instead the “carefully limited exception.” Today, upfront cash payments by defendants or commercial bail bond agents are the norm in most jurisdictions.

Where Are We Today?

Confronted by ballooning jail populations and widespread racial and ethnic disparities in the use of cash bail and pretrial detention, jurisdictions across the United States are reimagining the front end of their justice system processes. Pretrial reform efforts seek to reduce the use of cash bail and pretrial detention and increase fairness while preserving the safety of communities and the integrity of the courts. But how effective are these reforms? This post is the first in a series that will review several major areas of pretrial reform and will offer ideas and recommendations for implementation. The series begins here by focusing on state- and local-level legislative and policy reforms intended to strengthen the presumption of release—that is, the assumption that individuals will be released pending trial unless there is clear, strong evidence they will not return to court or are a threat to public safety—in pretrial practice.

Strengthening the Presumption of Release

Some policymakers have begun putting jurisdiction-wide policies into place to prevent the overuse of pretrial detention. This can be achieved by limiting the types of charges in which cash bail can be set or by creating off-ramps from the justice system before a bail hearing, such as increasing the use of summonses; releasing on recognizance (ROR), or releasing without monetary or supervisory conditions; and using nonmonetary supervised release. The results of these kinds of reforms are generally positive: fewer individuals are forced to pay for their freedom and there are no substantial ill effects on court appearances or public safety. However, there can be concerns about racial equity in the application of these policies. Additionally, such reforms can be vulnerable to hasty reversal if political headwinds or public opinion shift, as has occurred recently with the uptick in crime that began in 2020 (though evidence that bail reform is responsible for this uptick is scant). This section describes reforms implemented in various jurisdictions that are intended to strengthen the presumption of release, and what is known about their effects.

New Jersey (2017)
A particularly salient example of such reform efforts is New Jersey’s Criminal Justice Reform, which went into effect statewide in January 2017. The state virtually eliminated the use of cash bail as an initial release condition and implemented a suite of new policies and practices to transform its pretrial system into one that uses a risk-based approach to inform decision-making.

A 2019 MDRC evaluation found that these reforms had positive effects, including reducing arrests for the least serious types of offenses, releasing a larger proportion of people pretrial without conditions, and booking a smaller proportion into jail. The reforms also significantly reduced the amount of time that people spent in jail in the month following arrest. Annual reports from the New Jersey Judiciary show that rearrest rates for those released pretrial held steady after the reforms went into effect, as did the high court appearance rates for those released. However, the reports also note that racial disparities persisted in the jail population and among those who were booked into jail rather than given a court summons. MDRC is currently conducting the first impact analysis of New Jersey’s reform effects on racial disparities throughout the pretrial process.

Cook County, Illinois (2017)
The Circuit Court in Cook County (where Chicago is located) issued General Order 18.8A, which requires that judges first determine whether an individual should be released pretrial before setting bail. Effectively, General Order 18.8A established a presumption of release without monetary conditions for most people and pushed for lower bail amounts for those still required to post cash bail. An evaluation by Loyola University of this reform’s impacts found that it largely achieved its desired effects: increased releases without monetary conditions, dramatically decreased bail amounts, a slightly increased percentage of individuals released pretrial, and no effect on new arrests. However, it was associated with a modest increase—from about 17 percent to about 20 percent—in missed court hearings.

Philadelphia, Pennsylvania (2018)
In 2018, Philadelphia’s district attorney created a presumption that cash bail would not be required for 25 types of nonviolent offenses. The policy, referred to as the “No-Cash-Bail” reform, applies to nearly two-thirds of all cases in the city of Philadelphia, though bail magistrates retain discretion to set cash bail if they believe it is warranted based on specific circumstances of the case.

An independent evaluation of the reform found that it increased ROR by 22 percent. Despite this increase in ROR, there was no accompanying decrease in pretrial detention. This is because most of those who received ROR following the policy change would have been released anyway, either because they had paid a low bail amount or because they agreed to other conditions. There was also no increase in failures to appear in court or new arrests, indicating that cash bail was not necessary to keep individuals in compliance with their pretrial obligations. However, analysis suggests that the positive effects of this reform are more likely to apply to White people than Black people, highlighting the very real racial equity concerns perpetuated when pretrial actors have discretion in applying reforms. Magistrates disproportionately granted White defendants ROR, meaning that the benefits of the reform are not distributed equitably, at the expense of Black defendants.

New York (2020)
Following New Jersey’s reform efforts, New York passed its own statewide bail reform package that went into effect in January 2020. This sweeping legislation eliminated the use of cash bail and pretrial detention for nearly all misdemeanor and nonviolent felony charges. Additionally, it established a new presumption of release, allowing for additional conditions (such as pretrial supervision) when determined necessary by a judge. Across the board, the reforms emphasized the use of the least restrictive condition necessary to ensure court appearance. Between January 2019 and January 2020, the New York jail population decreased by 30 percent; much of the decline occurred toward the end of this period, as judges began to set release conditions in line with anticipated reforms. However, in July 2020 portions of the legislation were rolled back before sufficient time had passed to fully understand their effects—particularly given the disruption and lockdowns of the early days of the COVID-19 pandemic. One of the core changes to the original legislation was an expanded list of charges and circumstances for which judges could resume setting cash bail. Even with the rollback, New York City’s jail population stayed well below pre-reform levels.

In summary, research suggests that reforms that focus on restructuring pretrial policy to strengthen the presumption of release have positive results. The bolder reforms implemented in New Jersey and New York—which set strict constraints on the use of financial release conditions applicable to a broad swath of people—vastly reduced jail populations, and preliminary data from New Jersey suggest no major ill effects on court appearance or public safety. (Results for these outcomes in New York are not yet available.) Even where there were modest or no effects on pretrial detention, as in Chicago and Philadelphia, the use of cash bail was substantially reduced. This lessened the financial strain on arrested individuals and their families, many of whom may find it difficult to post even low bail amounts. Furthermore, reduced use of cash bail had no effect on new arrests and modest or no effects on court appearance. This strongly suggests that setting a financial deterrent like cash bail is not necessary to ensure court appearance rates and maintain public safety.

Importantly, however, the evaluations of New York State’s bail reform legislation and Philadelphia’s No-Cash-Bail reform revealed the ways that entrenched racial disparities can be unintentionally exacerbated. Strengthening the presumption of release is an important step but it must be applied fairly. Jurisdictions should carefully craft reforms to prevent the influence of racial bias and regularly monitor their effects to ensure that impacted individuals of color reap equitable benefits.