Scaling Student Support Programs That Are Making a Big Difference 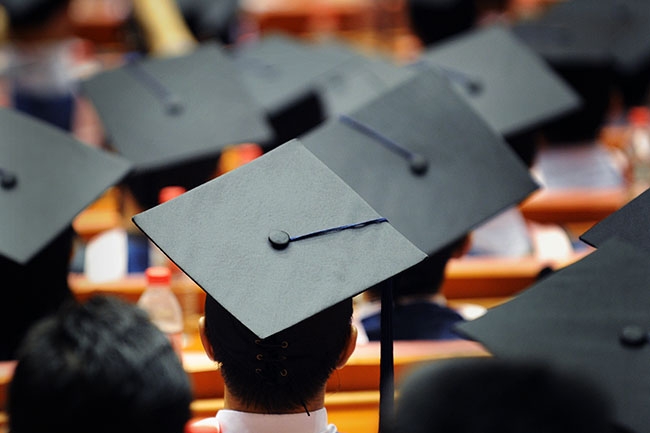 This commentary originally appeared as “We Can Help Low-Income Students, First-Gen Students, and Students of Color Succeed in College, But Not Without Support” in The Hechinger Report.

Growing up in a northwest suburb of Chicago, Edward Blanco had big dreams and a lot of questions. His parents, immigrants from Guatemala, did not speak English or know how to use a computer. Edward’s academic skills were strong, but the path to college was murky—until the day during his senior year of high school when he was summoned to the auditorium to learn about an organization called One Million Degrees (OMD). He learned that OMD would set him up with a mentor, scholarship aid, and, perhaps most importantly, encouragement.

The program is one of a number of such comprehensive programs across the country achieving striking results in helping low-income students, students of color, and first-generation students succeed in college—and that could be scaled nationally through President Biden’s American Families Plan.

Blanco was admitted to the program and enrolled in Harper College, a nearby community college. He began meeting regularly with his mentor, Linda Kolbusz-Kosan. Together, they realized quickly that Edward’s biggest obstacles weren’t his courses or the tuition bill. Blanco shared a small bedroom with three siblings and had no place to study. His parents needed help with household expenses, so he worked four days a week as a cashier at Medieval Times. There was no public transportation to campus, so he had to navigate around his family’s schedule, getting dropped off and picked up at odd hours.

With the support of his mentor, Linda, who he still talks to every day, Edward earned a full scholarship to Illinois State University; there, he was able to live in an apartment with other students and found the space, resources, and social support to finish college on time.

Today, inspired by his mother’s endlessly frustrating experiences trying to navigate special education meetings without a translator, Edward is a bilingual special education teacher at Benito Juarez Community Academy in the predominantly Hispanic neighborhood of Pilsen on the lower west side of Chicago.

Blanco’s experience is not unique. Early results from a multi-year, randomized controlled evaluation of OMD, the program that was so influential for Edward, found that it increased both enrollment and full-time college persistence.

Similar programs have had similar success according to other randomized trials, the highest standard of evidence.

The City University of New York’s ASAP program has nearly doubled graduation rates among participants in three community colleges in New York City and at three colleges in Ohio.

Also in Texas, the Valley Initiative for Development and Advancement increased students’ credit accumulation and certificate attainment, as did an enhanced version of Washington State’s Integrated Basic Education and Skills Training program that included additional financial support and advising services.

Taken together, this body of evidence tells a clear and compelling story: Programs that take a comprehensive approach are working. In fact, this approach is supported by the strongest body of evidence of any strategy aimed at improving college persistence and completion.

States, communities, and institutions can act now to put this research into practice. Higher education institutions have received $77 billion in federal relief funds in the past year, half of which may be spent on evidence-based programs to help students impacted by the pandemic. Billions more are available to state and local governments. In April, President Biden proposed $62 billion for evidence-based student success initiatives as part of the American Families Plan, suggesting that funding for these programs may be ongoing and sustained if Congress acts. The administration’s recent budget proposal provided more detail on a sizable ten-year plan to increase college completion through grants to states.

While many programs are competing for these dollars, most of them are aimed at accelerating economic recovery for individuals, families, and communities. Research is clear that one of the surest paths to economic mobility is a college education, and students of color, who were most impacted by COVID-19 economically and otherwise, stand to benefit most from the programs mentioned above. With so much at stake, it is critical that at least a portion of federal resources support programs like these that meet the highest evidence standards for helping students.

When Edward looks back on his educational journey, he credits OMD and, specifically, his mentor, Karen, for having his back and keeping him on track, and he is grateful beyond measure for the impact that having a college degree has made on his life and for the opportunity he now has to impact future generations as a result.

Funding student success programs that support young people like Edward may be the best bet institutional leaders and state and federal policymakers can make to put college graduation in reach for all students.

Alexander Mayer is director of postsecondary education at MDRC. Catherine Brown is senior director at The Institute for College Access & Success (TICAS).