Shifting the Paradigm in Pretrial Justice: From Supervision to Support Models | MDRC
Skip to main content

Shifting the Paradigm in Pretrial Justice: From Supervision to Support Models 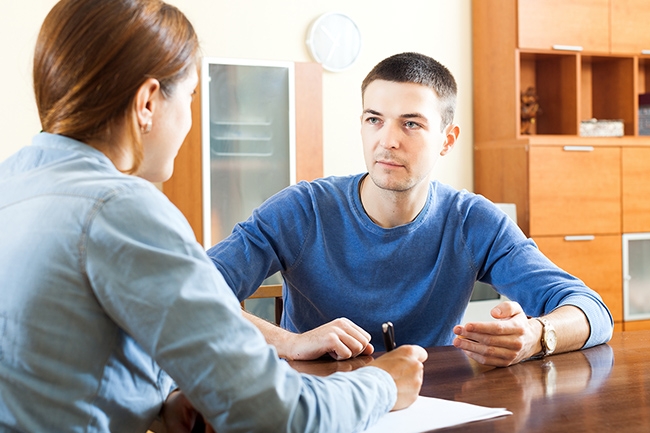 Across the United States, many people who have been arrested but not yet convicted of a crime are monitored by criminal justice agencies until their cases are resolved. This period of time is typically referred to as the “pretrial period.” Effective pretrial justice systems seek to reduce pretrial detention and increase fairness while preserving the safety of communities. Pretrial supervision practices—usually ordered by a judge—vary by jurisdiction but may include some combination of regular meetings with pretrial supervision staff members, reminders of upcoming court hearings, drug testing, and electronic monitoring.

Pretrial supervision practices are costly both for jurisdictions, who invest dollars into program operations, and for people who have not been convicted of a crime but face many negative consequences due to testing and monitoring. However, most pretrial supervision programs lack hard evidence for their efficacy. Some research suggests that certain pretrial supervision practices can lead to increases in violations (issued when a defendant does not adhere to the conditions of pretrial release), which could then increase the likelihood of pretrial detention. The consequences of such detention include lost earnings, negative impacts on the families and children of those waiting for trial, and reinforcement of systemic racial disparities in involvement in the criminal justice system.

Given the prevalence of risk factors such as housing instability and untreated mental and behavioral conditions among people who come in contact with the criminal justice system, some jurisdictions and municipalities have spearheaded initiatives that connect individuals to social services following an arrest or other form of police contact. A potential alternative to traditional pretrial supervision practices, these approaches address needs such as temporary housing and health care, and hope to achieve the same goals as traditional supervision while reducing future involvement in the justice system. Research on these kinds of programs suggests they also might lead to cost savings as a result of reduced detention and use of emergency services.

This memo provides several examples of these support-oriented pretrial approaches and the research on their effectiveness. Then it highlights two major issues for jurisdictions that are considering the implementation of pretrial support programs: whether these programs should be mandatory and what they cost to operate.

The City and County of Denver launched a supportive housing program in 2016 for people with frequent police contact who experience chronic homelessness. The program provided participants with housing subsidies alongside support services (including clinical treatment, mental health services, and referrals to other services) and was defined by a Housing First approach, which makes a priority of placing people in housing and does not require them to meet other conditions first. A large randomized controlled trial of the initiative found that the program led to reduced time spent in shelters, reduced police interactions, reduced jail time, and fewer visits to detox facilities. Program costs were partially offset by reductions in the costs of operating other public services such as the jail, courts, shelters, police, and emergency health care.

Another example of a pretrial support model is in Los Angeles (LA) County, which has the largest jail system in the world and housed over 14,000 people daily in 2021, with 41 percent of the daily jail population held while awaiting trial.[1] In recent years, LA County has seen an increase in the detention of individuals with mental health needs, substance use disorders, or both.[2] In response, LA County agencies are attempting to connect people to the services they may need before they leave jail. As part of the LA County health system, people who are booked into jails are screened for physical and mental health needs. If they meet criteria for physical or mental health needs, LA County’s Whole Person Care program will help them enroll into Medicaid, gain access to medication, and connect to additional support from case managers. People awaiting release may also be enrolled into the County’s Reentry Intensive Case Management Services (RICMS) program for up to 12 months, so they can continue to receive support after they are released, through a network of community-based providers. Over 16,000 individuals enrolled in RICMS between April 2018 and March 2021. While RICMS has not yet been rigorously evaluated, MDRC is currently conducting an outcomes and cost study of the program.[3]

An important phase of the pretrial legal system that is often overlooked in pretrial research and reform is the point of arrest. An example of a supportive intervention at this stage exists in Pima County, Arizona, where the Tucson Police Department (TPD) has mechanisms in place to help people with mental health issues rather than arresting them. Specifically, within TPD’s jurisdiction, the 911 call center can route a call to a crisis line staffed by health care providers if the call concerns a mental health crisis. From there, the crisis line can dispatch a mobile crisis team (composed solely of mental health care professionals) or law enforcement officers trained to respond to behavioral health crises. Those responders aim to resolve the crisis or transport people to treatment.[4] The TPD approach is different from the previous two examples in that people are connected to services they may need before they are arrested, yet it has the same goals of maintaining public safety, avoiding future arrest, and connecting people to treatment and support. An impact evaluation of Tucson’s crisis call diversion, led by MDRC in partnership with the Pima County Crisis Center, is currently in the planning phase.

As the examples above highlight, support programs that target individuals in place of or soon after police contact can be associated with many positive benefits for people and their communities, including reduced future contact with the justice system, improved housing stability, and improved health. As jurisdictions and municipalities consider alternatives to traditional pretrial supervision practices, they will need to think about two important elements.

Mandatory or Voluntary?
First, jurisdictions will need to decide whether to make support models court-mandated, and if so, whether lack of participation in services should be reported to the court. Reporting could help put missed court appearances in context: If a defendant misses a court hearing, knowing the defendant’s level of participation in the support program could help the court understand whether that person was not getting needed services or was getting services and not benefiting from them. On the other hand, reporting could encourage the court to formally revoke pretrial release for a person who is not complying with the support program, thereby reinforcing a punitive culture that the support program was supposed to avoid. As of now, there has been no rigorous study of voluntary versus mandated pretrial services. To develop more evidence in this area, researchers need to partner with jurisdictions ready to experiment with varying levels of court involvement in pretrial services.

Costs
Depending on how intensive a program is, operating it could be costly. Housing First initiatives like the one in Denver are very expensive, and their costs may not be entirely offset by reductions in detention. Still, jurisdictions and municipalities might consider taking on these costs in exchange for the many measured and unmeasured benefits of such programs (including overall community well-being and longer-term benefits such as reductions in the unemployment rate).

Jurisdictions implementing support models may also face the “wrong pockets problem,” meaning that cost savings are not realized by the entity that funded the initiative; rather, other entities experience these benefits.[5] For example, the study of Denver’s Housing First initiative found that most of the City and County of Denver’s investment in the program was offset because the program averted negative outcomes that cost the city and county money. However, the other funders of the initiative—the State of Colorado and federal Medicaid—experienced a much lower total amount of costs avoided. Stakeholders will need to devise systems for reallocating funds or giving agencies incentives to participate in a program if the program is to be brought to a large scale.

Support programs could be an important alternative to burdensome pretrial monitoring practices sometimes imposed on people who have not been convicted of a crime. They can be complicated to implement, but they have the potential to address the widespread health, economic, and behavioral issues that exist across the criminal justice system, and at the same time make it more likely that people will appear in court when required and less likely that they will be reincarcerated.

[4]Personal communications with the Pima County Crisis Center and the Tucson Police Department.