Many students fail to enroll in college even after they have made a formal commitment to attend. Research has shown that nationally, between 10 percent and 40 percent of high school graduates who intend to go to college don’t enroll the following fall. Among low-income students, these “summer melt” rates are even higher.[1]

The College Match pilot program — a college advising intervention designed to help moderate- and high-achieving, low-income students identify, apply to, and enroll in selective colleges that are a good match for them — tried to prevent summer melt. In addition to supporting students during the school year, “near-peer” advisers — trained advisers who are recent college graduates — counseled and supported them during the crucial final months before the first semester of college. Here former College Match advisers reflect on their summer outreach to students and describe the concerns and challenges that students shared with them leading up to college matriculation. 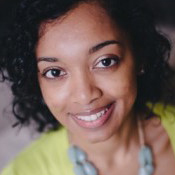 By the summer, students’ biggest fear was doubt and second-guessing if they made the right choice. We would simply talk it out: figure out why they doubted their decision, and then work on it from there. Some of the doubts were generated by the additional enrollment and financial aid paperwork students were required to complete, the issues they faced as they registered for classes or registered for orientation. The additional support during the summer helped students find the right method to solve any issues they were having. We were able to navigate those paths together and make sure they were set and ready to matriculate, physically, logistically, and mentally.

Because of financial hardships, a student was having trouble finding a way to attend orientation. When she made me aware of this, I was able to connect her with a student who was traveling to the same college to attend orientation. Shortly after school started, she reached out to me again to say that she was having trouble finding a way to pay for her books. She had been using the books in the library but they weren’t always available. I advised her to speak with the bookstore and she learned that she was able to charge books to her account and let her financial aid pick up the costs. This student’s parents were not familiar with the college process and these could have been major barriers without the advising I was able to provide. 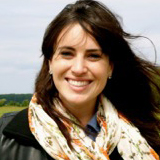 Many of my students were concerned with completing the summer bridge programs at their prospective colleges as well as paying back their student loans upon graduation. I told my students not to worry about their summer programs and reiterated that all freshmen are in the same boat. I let them know that if they needed someone to talk to, help revising an essay, or guidance on where to get additional help on campus, I was only an e-mail away. I continue to stay in touch with the majority of my students. Additionally, I continue to share scholarship information with them, especially my undocumented students, as well as write letters of recommendation for internal institutional scholarships and job opportunities.

I had a student who was set on attending a selective small liberal arts college out of state. She had found a way to pay her out-of-pocket expenses. However, over the summer I got a call from the student stating that she would no longer be able to afford the school she had planned on attending. On the upside, she had other options, so we got on the phone and were able to get her enrolled in another selective institution that was an appropriate match. Working with her over the summer helped to prevent the possibility of not enrolling in college at all. I am happy to report that she is still enrolled and is doing well.

A few students thought that paying their enrollment fee took care of everything. I was able to remind them about filing for housing, completing health forms, attending orientation, and registering for classes. I took surveys of students to see if they completed all of their tasks and then followed up with them to make sure they were ready in the fall. Many students were thankful for the reminders and were able to find additional resources on campus to continue supporting them in college. This proved to be an advantage for my students, who were able to get things done sooner and learned to advocate for themselves.

College Match Advising for the Moderate- and High-Achieving Student

In Search of a Match