A Roundup of Findings from the Building Bridges and Bonds Study 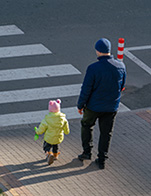 To continue building an understanding of what interventions support fathers and their families, the U.S. Department of Health and Human Services’ Office of Planning, Research, and Evaluation, with funding from the Office of Family Assistance, engaged a team led by MDRC to conduct the Building Bridges and Bonds (B3) study. B3 partnered with fatherhood experts and practitioners to identify new and promising approaches to supporting fathers working toward economic stability and improved relationships with their children.

The B3 study aimed to examine the feasibility and effectiveness of adding innovative interventions to the fatherhood programs organizations already offered. The study team asked questions about how the interventions were implemented and whether they achieved their intended outcomes:

Findings from the B3 Study of the Just Beginning Parenting Intervention

Findings from the B3 Study of a Cognitive Behavioral Program