In 2018, MDRC has released more than 80 reports, briefs, infographics, blog posts, podcasts, videos, and technical assistance tools — all with the goal of improving policies and programs that affect low-income Americans.

The effective Accelerated Study in Associate Programs (ASAP), developed by the City University of New York, has been successfully replicated at three community colleges in Ohio, where it is more than doubling graduation rates. 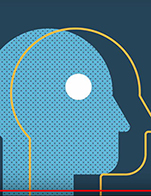 Over four million young people in the United States are “disconnected,” meaning they are not in school and are not working. In the past few months, studies of three programs aimed at such young people have released new findings. This brief discusses these findings and their implications. 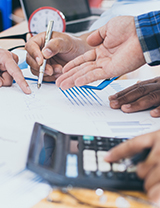 Podcast: Career and Technical Education: Past, Present, and Future

What do career and technical education (CTE) programs actually do? And how have they evolved over time? Katie Beal talks with MDRC’s Mary Visher about CTE programs — including their development and challenges. They also discuss MDRC’s two-decade history of constructing and evaluating CTE programs to build evidence and inform policy and practice.

Review: Experiences of Parents and Children Living in Poverty: A Review of the Qualitative Literature

One in five U.S. children live in poverty. This review examines how children and parents think and feel about poverty and public benefits, as well as how families discuss their economic circumstances. Children report awareness of both material deprivation and stigma.

Many Promise programs — which help local students afford to enroll in college — are looking to add new forms of support to help students address their barriers to college success, but worry about the cost of these new components. MDRC’s College Promise Success Initiative’s Cost Calculator prices out various program designs.

This project tested whether high-quality, aligned math instruction, via an evidence-based curriculum in pre-K and innovative math clubs in kindergarten, could improve children’s outcomes. The effect of two years of enriched math translates into closing more than a quarter of the achievement gap between low-income children and their higher-income peers.

This paper, by MDRC’s Virginia Knox, Carolyn Hill, and Gordon Berlin, updates the existing pipeline paradigm for evidence building with a cyclical paradigm that encompasses evidence building, implementation, and adaptation.

How do schools encourage students to write more and teachers to offer more comments on student writing? How can schools use technology more effectively to support this shift in instruction? What makes achieving both of these goals difficult? The Drive to Write program tackles these challenges.