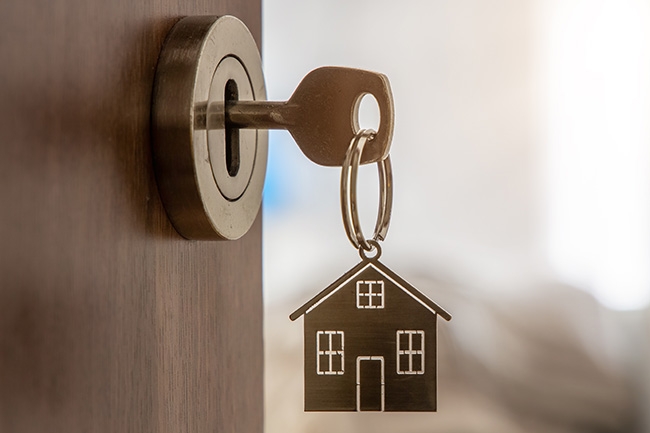 This commentary was originally published by Route Fifty.

There’s been a flood of recent news about housing voucher holders who can’t find landlords willing to rent to them. It feels like a new phenomenon. But the basic story is not new.

Unfortunately, increasing landlord participation in the voucher program, especially in neighborhoods of greater economic opportunity, has always been a challenge. The reasons for this may stem from prejudices against voucher holders—a majority of whom are BIPOC and female—negative views of the effort required to partner with housing authorities, and the ability of voucher programs to pay landlords market rents.

New evidence from Seattle may offer a template for boosting landlord acceptance of voucher holders, regardless of a property’s location. From 2016 through 2020, a project called Creating Moves to Opportunity, or CMTO, studied strategies that could help families with vouchers move from high-poverty neighborhoods to areas where evidence shows high rates of upward economic mobility. As part of CMTO, the King County and Seattle, Washington, housing authorities—local entities who issue vouchers—partnered with a local nonprofit called InterIm CDA to offer the housing mobility program, which provides housing search support, landlord engagement and financial assistance to help families lease in “high-opportunity areas.”

The results of this work were remarkable. Fifty-three percent of CMTO families offered new vouchers in its first year successfully leased in high-opportunity areas, compared to 15 percent of families who received a voucher and standard housing authority services.

So, what lessons can we learn from CMTO about bringing landlords into the fold?

Many landlords were moved by these families who described why they could be trusted to be responsible tenants, despite seeing their initial applications denied, and CMTO’s navigators also believed that many landlords were simply motivated by a desire to quickly lease available units.

Invest in outreach and processes that treat landlords as customers. Landlords in high-opportunity areas were often poorly informed about the voucher program and responded positively to education on how both it and CMTO might benefit families and landlords by promoting stable tenancy. Housing navigators also worked with the two local housing agencies to expedite the paperwork, inspections, and other processes necessary to approve new leases. In short, they delivered white-glove service to prospective landlords, going beyond what were already high standards for timely performance. Checks to cover security deposits and other fees were hand delivered, advice was provided on how to structure lease terms, and questions from landlords on nights and weekends received immediate responses.

“Landlords are really pleased because we’re keeping our word,” one navigator member explained. “If there’s any issue, something comes up where they haven’t gotten their payment from the housing authority, I’m like, ‘Okay, let me get back to you,’ instead of them having to wait three weeks to hear from someone.”

The most effective salespeople for the voucher program are recipients. Despite their hard-driving efforts to engage landlords, the navigators emphasized that their job was to support family-led housing searches. CMTO worked with families for one to two months prior to the formal issuance of their vouchers to help them get ready for housing searches. Families role-played common landlord interactions with navigators and wrote letters to prospective landlords proactively explaining why their families warranted special consideration.

“I want to empower families to do this for themselves,” said one navigator. She described the ideal landlord engagement process as one in which families would independently find units that they wanted to lease, make an initial pitch to a leasing agent, and then hand off landlords to navigators for reinforcing conversations about CMTO and the voucher program.

Success did not always come easy for CMTO families. Many families, like the Loyola family (a pseudonym), had to play a numbers game before being accepted by a landlord. The Loyolas attended countless property tours and spent months speaking to navigators “two to three times a day, almost every day.” Although the Loyola family had good credit and no history of evictions, CMTO navigators said the family received numerous application denials from landlords—some from landlords who said they would never accept vouchers, a practice that is banned in Washington. (Denying housing to those who would use vouchers is legal in many areas but is widely considered to be a workaround for discriminating against Americans on the basis of their race and other protected characteristics).

Ultimately, the family found a rental home in a high-opportunity area in south King County owned by a landlord who was personally impressed by the head of household’s drive and lowered the asking rent.

CMTO’s impressive results occurred before pandemic-era rent increases pushed more rental housing out of the reach of the voucher program, but the key lessons are timeless: Cultivate new landlords and orient voucher programs around landlords as customers; educate landlords about how the voucher program could benefit them; and invest time in preparing families to search for housing. After you do those things, all you have to do is ask.

Jonathan Bigelow is a research associate at MDRC who helped lead the implementation of the Creating Moves to Opportunity (CMTO) project in Seattle and King County, Washington.