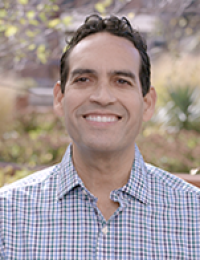 John Martinez, MDRC Director of Program Development, was nominated as the next President-Elect of the Association for Public Policy Analysis and Management (APPAM) at the APPAM Fall Research Conference on November 13, 2020. In this brief video, Martinez describes why APPAM is important to him and to the field and expresses his thanks for the honor of being nominated.

APPAM is a professional association of researchers and practitioners dedicated to improving public policy and management by fostering excellence in research, analysis, and education. Pending approval by the association’s members, Martinez will serve as President-Elect in 2021 and become President in 2022.

Martinez, who joined MDRC in 1997, is an expert in project incubation and start-up. As Director of Program Development, Martinez oversees MDRC’s grants-management and funder-relations functions and plays a key role in new program development. Prior to his current role, he served as deputy director of MDRC’s Health and Barriers to Employment Policy Area, where he focused predominantly on projects targeting young people, including young people with disabilities and those in the foster care and juvenile justice systems.

Martinez currently serves as Vice President of APPAM’s Policy Council. Earlier he was an Institutional Member representative to the Policy Council and chaired APPAM’s Diversity Committee for four years. Martinez has also served as Chair of the Board of Directors of the National Youth Employment Coalition. Before joining MDRC, Martinez conducted research in a substance-abuse treatment center and in a community health center with patients with schizophrenia. He began his career as a food stamp eligibility worker. Martinez holds a Master of Public Health degree from Columbia University.

Partnering with Nonprofits to Transform Evidence into Action